Returning to Beech Bend Park in Bowling Green, KY for our second of three season stops, we had both temperatures and runs above 200.  Well…the temperature felt that way as the sun blazed almost the entire weekend, but that didn’t stop the Nitro Funny Bikes from bettering the 200MPH mark.  The covered bleechers gave the perfect spot to watch two full days of qualifying and eliminations for 15 different classes of competing motorcycles. 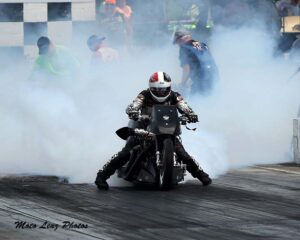 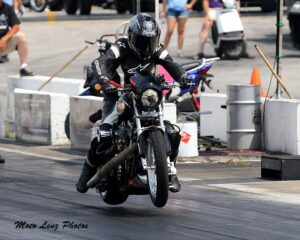 From giant smoky burnouts to both wheels up, Mike’s team at Motolenz Photography captured some of the greatest moments of the weekend.  Check them out at motolenzphotos.com.

On July 27-28,  US131 Motorsports Park in Martin, MI will host the next stop on the AMRA summer tour.  As the schedule hits its mid-season mark, competition will surely heat up to continue the chase for the championship. The full schedule can be found at amralive.com.  Look for more event details to be released in the coming days and follow us on Facebook and Instagram for continued coverage.  Today though, the American Motorcycle Racing Association would like to congratulate each our class winners.